"No other land has faced so drastic fragmentations as witnessed by Punjab over the period of time. Another such fragmentation would have had certainly happened in 1986, had there been no Kandu Khera. Kudos to this land called 'Kandu Khera,' that saved Punjab from yet another breakdown. 'Kandu Khera, Karu Nabeda,' releasing in theaters near you in summer of 2021. Also Read: Here’s How Punjab Got The Title Of ‘India’s Bread Basket’!

It is believed that the movie's plot is likely to be based on the special census of 1986. A drive that was carried out on the insistence of Haryana, that demanded the transferring of Hindi speaking areas of Punjab to its territory. Located in Muktsar district, the village shares a border of 9 km with Rajasthan along with a 1.5 km landmass strip with Haryana. Also Read: Kala Shah Kala 2 Announced By Binnu Dhillon, Shoot To Begin In 2021

For this, the central government held a special census in villages bordering Haryana and Rajasthan. One of them was Kandu Khera that not only voted in favour of Punjab by registering Punjabi as its mother tongue, it eventually also saved more than 50 other villages of the Malwa region from breaking away. Also Read: Moosa Jatt: New Punjabi Film Announced, Sidhu Moosewala To Lead

Almost 92% of residents of this village chose Punjabi over Hindi as their mother tongue. The movie is likely to highlight the backdrop of this historic incident. The movie has been written by Amberdeep himself who will also call the shots from the director's chair. Read more: Celebrating 15 Years Of The Youthful Trendsetter - Yaaran Naal Baharan - Trivia Inside!

Apart from these roles, Amberdeep will also step into the shoes of a producer for this venture in collaboration with Karaj Gill's Rhythm Boyz Entertainment. The movie is likely to reach theaters by mid-2021. Though its cast is yet to be finalized, some bigwigs of the industry are expected to be a part of this project. 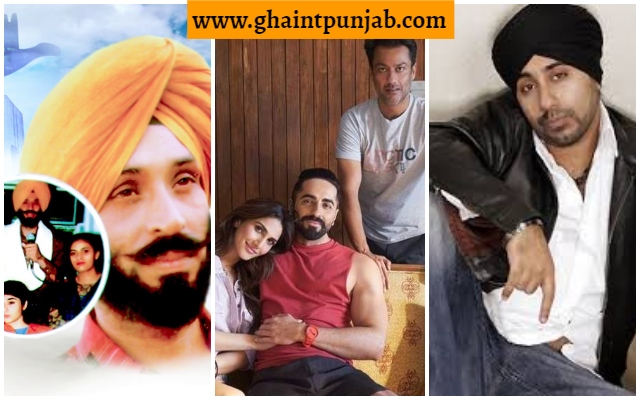