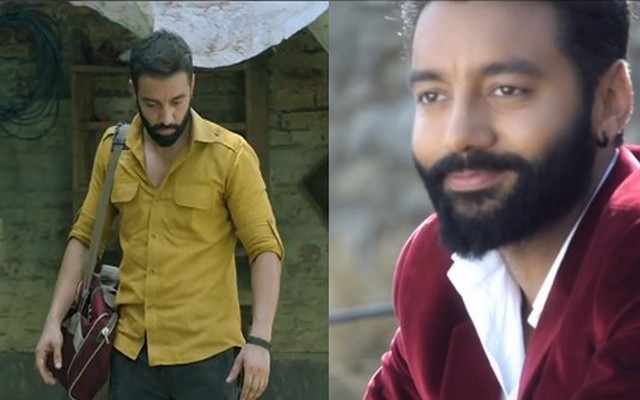 Tiger Film Review: Sippy Gill’s Dancing Made This Movie Worth A Watch!

The premiere of this film happened yesterday at Elante, Chandigarh but was so mismanaged that we took a step back from watching it then.

Today, after losing out on a few housefuls we managed to grab our tickets and went to watch this Sippy Gill and Ihana Dhillon starrer film Tiger.
Based on the story of a kid named Gurjant, this one is a revengeful film that rotates around the business of drugs across the borders of India and Pakistan.

A gang of 3 boys get caught supplying drugs and ultimately one of them lands himself in jail but has a reason why he was the one to be imprisoned. In jail this fellow studies law and gets pretty well versed with it, so much so, that he even gets an inmate freedom from the bars. As a return gesture, his own prison sentence gets waved off and he leaves the jail to live his life and take revenge from those who got him into this trouble.
Soon he realizes that one of his family member’s was murdered and suddenly the motive of his hulk style fighting changes to a revenge for the person he lost.

Even I was, atleast till the intermission. There was a lot happening and I kept wondering what exactly is Gurjant (Sippy) upto. The movie started with a voice over which pronounced Sarhadaan as sardaa (Lols) but that’s a minor error. Next, we saw a police man getting beaten up by a long haired Gurjant, who was not at all looking ferocious.  The dialogue delivery was too bleak and the thunder in his voice was missing. I just hope he had that dialogue coming in from his tummy and not from his throat as the feel was to shake the audience and terrorise them but that never happened.

Next the movie kept going and Gurjant kept fighting and throughout this whole sequence he was seen following a police officer who had a patki while jogging and evidently portrayed a sardar character but while the duo was seen getting all dirty in the khaal, the hair were too short for a jooda and it felt as if the director lost the character at that moment completely.
Ihana plays Gujant's love interest and is seen speaking Hindi throughout the movie. We had heard that it was the character di demand but frankly there was nothing that made us feel that her character would have been any less if she would have spoken in Punjabi, rather better ee lagda.


(Coming Soon: Yograj Singh As Sardaar The King Of Punjab!)


Actors like Yashpal Rana, Yograj Singh and others are seen playing prominent roles in the movie. Yashpal Rana, being a pro at what he does, has carried his character pretty well and does give you some giggles at some points in the film.

On the other hand, Yograj Singh is seen dressed up in western attire but I personally think that he looks so much better in a kurta pyjama. He too acts to kill and ultimately both these actors have made their presence felt aptly in the film.
The best part of the film were the songs, especially the Rahat Fateh Ali Khan song Rabba where Sippy is seen doing some really cute steps. I mean seeing him dance like that simply made my day!

Not Sunny Deol but I did see a little bit of Salman Khan in Sippy's eyes when he blinked a little too much while crying.
A special mention of characters who left a mark as an actor are the guy who plays Talwinder's character (dunno his real name)  and, the Sardarji who is bhaiyaji's assistant the actor who plays the bhaiya and tells Bhaiyaji about why he's painting the house, Jaideep Yadav.

Direction is well done and action sequences are quite powerful. Ihana's dress designer should be complemented for giving her dresses that have accentuated her petite figure gracefully.

The bad points about the movie were that the entire film had a missing connect. Only if the death scene of the family member could have been added sooner, the film could have left quite a better impact. Also, what was the reason behind adding the jija's character? There might be a motive but it wasn't clear enough.

Thanks to Sippy Gill's adorable dance skills and a better second half of the movie, we'd give it the tag of a watchable film,especially if you are a Sippy Gill fan.