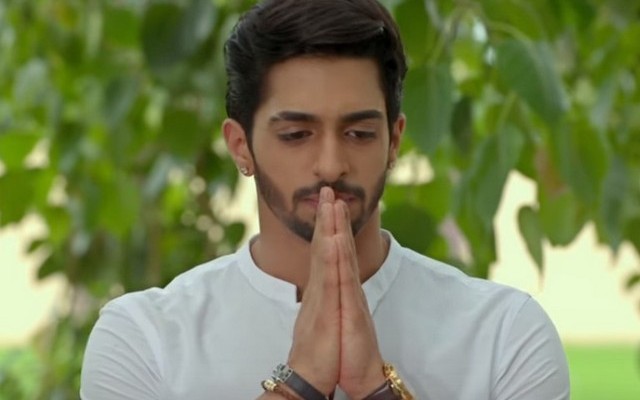 Lakeeran Review: Too Much Content But Nothing To Glue The Eyes!

The story revolves around a motherless boy who is pretty flamboyant while in Lisban but a sudden transition happens when he visits his rishtedaraan da pind and falls for a girl (Yuvika). Everything else simply revolves around these two!


Okay so should you go watch the film this weekend??


Let's discuss some points before we come to a conclusion...

The film started off by showing a classy firangi destination with a few goriyan lachkaoing kamariyas while Harman does his moves in front of them (oh! he's a bad dancer and it shows clearly). An unimpressive background voice over opens the first scene and that's where you feel ke yaar awazch dam ni aa.

Moving forward Harman and a friend (kudi) are showing partying but the party never happens because all that they seem to be doing is promoting tourism for us!
Bus fer ki..changey bhale jarahe hunde ferrarich araam naal and suddenly out of no-where a collision happens with a good ol amount of blood splashing on the wind screen and a man falling flat on his back (yet tich, yani na jma khoon lgya ohde te na hee turban nu kuj hoya..wah oe gabrua khaasi pakki bnni si pagg lagda!). A top angle shows the same car and accident victim but without a single drop of blood anywhere (bad connect).

Here comes the most ghich mich part of the film..the Punjab darshan. Harman is greeted on the airport by his cousin (Gurinder) who takes him home and on their way back, the duo comes across a lot of such sequences which make the audience think that aa sab sanu ta kde ni disde :-(

Suddenly the virsa and heritage club kinda students are seen showing their bhangra and gidda skills in the fields and on nehar de kande. Also a large group of turbaned sardar bikers are seen flooding the big screen, which seemed quite unwanted. Kudiyan diyan peenghan vi dikha ditiyan and budiyan diyan cat walk vi! (Probably this was done to impress a political party).

The pind wala parivaar comprises of Shivendra Mahal as the head of the house and his wife is played by the beautiful Satwant Kaur. Decently placed throughout the film, these actors show that experience gives an actor the much needed calmness and grace on the big screen.

Gurinder Rai, Razia and Maahir don't really have much to do in the film. Rather the director didn't even bother establishing the relationship between these three characters.

Yuvika Chaudhary's role is that of a widow in the film called Roop. Till the time this fact about her character opens up, one can just not make out from her make up, smiling face, pink polished nail paint and colorful suits that she's a widow! She looked too glamorous for the role of a girl who's lost her husband right after her marriage and that too in a pind which holds Panchayat meetings for considering widow re-marriage proposal. The villages in Punjab as of today aren't that close minded anymore and the one's which still are backward don't let their widow daughter in laws go around so casually with lip colors and matching bangles. Pind's bibiyan keep a hawk's eye on the guys especially NRIs as to whom they're watching and waiting for in and around the Gurudwara Sahib.
Two topics that Lakeeran tried to touch are Widow Re-marriage and Drugs but the former fails to interest us because we are in a century that has a very broad minded approach towards such an alliance and the latter has been an over dose lately, thanks to Udta Punjab and all the films made there-after. Also, the NRI munde naal vyah karvana funda is promoted through Lakeeran. The trend which was ridiculed by Manmohan Singh and Harbhajan Mann's movies is given a green signal by this movie. It took a lot for people to understand the truth behind marrying their daughters to NRI grooms but alas! this movie has taken us back to the same desperation yet again.

The climax of the film managed to raise hopes but then again the film fell back with a thump! Superb actors like BN Sharma and Nirmal Rishi have been wasted and the storyline is a amalgamation of too many things out of which none makes an impact.

Harish Verma looks washed and one feels as if his presence in the film could work against his current image.

Debutante Harman Virk looks clean on the screen and has an impressive persona. All that he needs is sometime so that he can have the much needed grace to add up to the complete package of him being a lead actor. It all comes with age, at this point he looks amateurish and smiles a lot (which I liked but there's much more to being an actor than smiling).
The little 'Tinda' (dunno why such a cute actor was given this horrendous name) is a snuggle provoking child for the audience including me. The smile he has is magical!

The music of the film is average and the action sequence (just one) is below average. Direction has a serious lack of connect between the scenes. Comedy sequences have been added jaanke as the much needed Punjabi film factor.


There weren't many takers for the screenings today and I am not expecting much tomorrow as well so choose wisely.