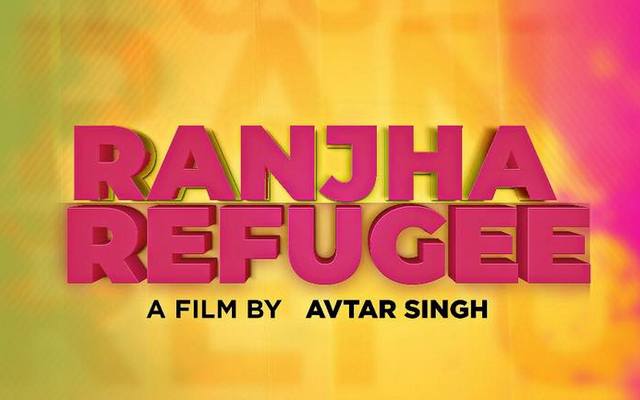 Storyline: Set in the years before the war of 1971 broke out, Ranjha Refugee is the story of a boy who is bereft in India during the partition of 1947. In the present day, Ranjha is in love with Preeto who is about to get married to someone else. Ranjha makes efforts and succeeds in breaking her wedding, only after she confesses her love for him. Following this, he gets barred from his village and ends up in the army. While serving at the, he comes across a Pakistani soldier who looks exactly like him and wonders how that can be possible. On digging deep, he finds out that the man is his twin and what follows is what this film is all about.

Review: As the year 2018 is slowly coming to an end, the line of films are becoming bad to worse. This is the third film in a row that has left me totally annoyed and miserable.

Ranjha Refugee the title itself holds no relevance when it comes to the storyline. The story is basically a bad mix of partition, love story and drama, none of which will leave you impressed.

Roshan Prince off lately has suceeded to impress the critics by his performances in his previous releases this year but in this one, one can't help but say that Roshan what were you even thinking! His army look reminded me of his impactful performance in Subedar Joginder Singh and seeing him in this avatar in Ranjha Refugee was a major disappointment.

Saanvi Dhiman has entered the industry years after her first tryst with Pollywood happened. The girl is surely pretty but her character has been so badly portrayed that bnda naa chahke vi khij jaanda hai. Preeto, her character is a rural babe who lives with her bua. An orphan she's shown in varied shades, rather shayad Director nu aap ni pta lgya ke agli nu dikhana kida da hai. At one point she's subtle, at the other she's all romantic and later she's seen beating Karamjit Anmol with her jutti (oh god that scene). Anyways, the culprit was her high pitched dubbing which made her character sound unbelievably bad, so much so ke bnda acting val dhyan hee ni de paanda. Girl, you really need to get a good dubbig artist to succeed else, god save you.

Nisha Bano - From the poster where Nisha is seen standing with Roshan Prince, I had thought that she will have a substantial role to play in the film but I was so wrong. She only looked pretty in the film and had nothing much to do.

Harby Sangha - He was seen portraying an army officer but man the way he projected it made me feel so ashamed of our industry. What were the makers thinking while writing such a shabby and ill minded character. How did he even manage to get into the army and get posted at a border. This character was a major reason why the film tanked.

None of the others are worth talking about

Music - None of the tracks were actually humable.

Verdict: Some films are made brainlessly and this presentation was one such example. Putting army officers in the worst portrayal, Ranjha Refugee is a big time disappointment