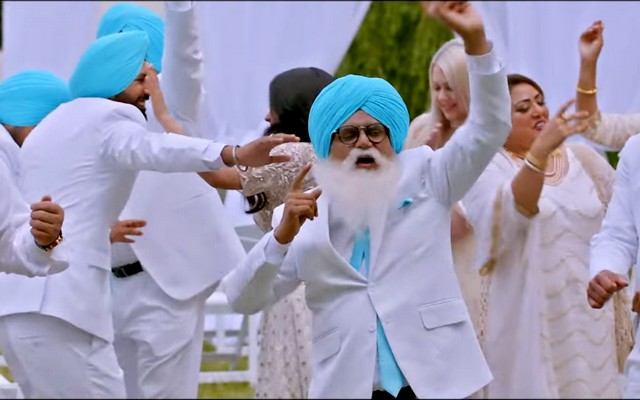 Synopsis: Manje Bistre 2 is basically the story of a family living in Canada. The family comprises of a grandfather, his son and daughter in law and their only son. The son is getting married and their relatives arrive from India to be part of the wedding. As the relatives pour in, the grandfather feels nostalgic about the rituals and traditions in Punjab's authentic weddings. In order to fulfill his demands, the confusion, fun, and comedy is what awaits you in the theatres. The film also shows a love angle but that has been kept more subtle as compared to the overall khap khaana.

Review: Manje Bistre, the title itself raised expectations as the 2017 release was a hit because of its newness and not seen before comedy. Manje Bistre 2 repeated quite a lot of actors but the characters and the zome was different. This time the background was Canada and the colours of the film were more vivid. The story, though again was based on the wedding but hey, that's when Manje Bistre are actually collected right?

A lot of times, people take comedy very non seriously but that should not be the case. Makers think that throwing one punch after the other makes people giggle but this practice, in return, makes the film fall flat on the face because the audience thinks that the comedy was trash and senseless. Punjabi audience has become smarter now and you can't just sell anything and everything in the name of a comedy film. That's what Manje Bistre 2 teaches. This is a hardcore comedy film made with the sole purpose of entertaining the audiences and making them laugh.

Yes, the expectations were higher but the film is better than its prequel.

Talking about the actors, in this one, yet again, the winning trophy goes to Karamjit Anmol. His character is the pivot of the film and keeps smiles and giggles leaking through the audiences any and every time he comes on the screen. As a matter of fact, his punches are the funniest and his performance is brilliant!

Gippy Grewal as Sukhi is convincing but we think he needs to go back to his Manje Bistre turban style. This style didn't make him look that strikingly handsome on the screen. He lifts up the dull romantic chemistry between him and his leading lady by adding his flavour to the scenes, else jma ee fikka si romance ehnada. His chunj wali jutti worked for his character but at times his clothes looked like a holi costume, especially the yellow turban, pink kurta and green chaadra. Sukhi's character was fun, desi and believable.

Simi Chahal looks most convincing in roles that require her to look like a village girl (Bambukat) or a small town girl like in Golak Bugni. As the leading lady of Gippy Grewal, the actress failed to leave an impact. Her expressions were repetitive, her laughter was overdone and she just didn't go well with her co-actor. Both these actors have literally zero onscreen chemistry and were performing just for the sake of it!

Those who did their characters better than the others were Baninderjit Bunny, who played the son in law with a characteristic closed eye style and Gurpreet Ghuggi who did his act as if it is the easiest thing for him to do...simply effortless.

Others, including Anita Devgn, BN Sharma, and more have either overperformed or were not that impactful. The most unconvincing character was that of Jaggi Singh which made us even question the sanity of Ganhda Singh. This character could have been written better.

Direction: Manje Bistre 2 has a good connect and one scene leads to the other in the most breezy way. The look of the film was rich and the motive was clear. That was the winning point of the film.

Music: Some great songs in the film make this a good album. The dance tracks are fun and the romantic songs are a level up.

Verdict: If you are a hardcore comedy film lover, then Manje Bistre 2 should be your choice for this weekend. A family film, this one will make you laugh your heart out and you'll go home all pepped up throwing dialogues from the film at each other and laughing. Though not one of Gippy Grewal's finest products, Manje Bistre 2 is a better film than many other slapsticks that Punjabi industry produces in the name of comedy.

Rating: 3/5 (Watch it for your weekend dose of entertainment)