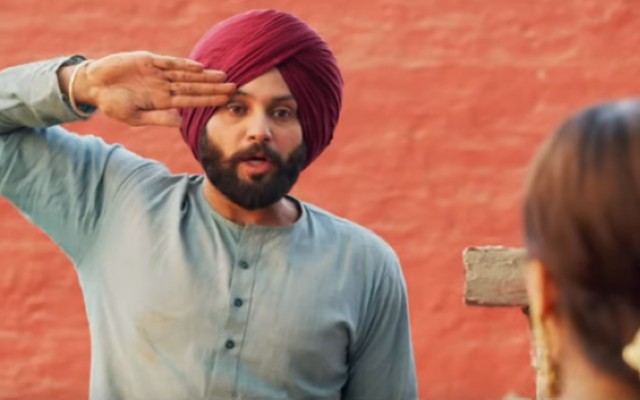 Synopsis: Saak revolves around the life of a young army jawan named Fauji Karam Singh, who comes home for his time off and is forcibly given the challenge to get married to a girl named Chan Kaur, who according to the intoxicated group of people in his village, is the most beautiful girl in the vicinity. Chan Kaur, the laughter of Lambardar of another village falls for this man just because he comes over to see her on a full moon night, which according to her village customs, is an auspicious day for romantic alliances. Right after this full moon night, Chan Kaur nods for marriage with Karam Singh and asks him to send over someone for fixing things up. As soon as a mediator talks to her father about the marriage, the man put across a clause that he will not marry his daughter to a suitor who serves the army. There we go...so finally Karam and Chan get married or not is for you to see in the theatre.

Review: From the posters, we assumed that Saak would be a story of across the border romance, from the trailer we thought that this one will be somewhat close to Muklawa but we were wrong in both assumptions. Neither is it a cross border romance nor is it any way close to Muklawa. Saak is an out and out misery that's been served to the audiences as a platter that no one would really relish.

The story is tiringly long, intentionally twisted and throughout the film, one feels guilty over what all is going on onscreen. So this fellow comes home for his holidays and everyone wants him to get married but suddenly at one of the wedding functions, he is adamant that he'll see the girl whom he'll get married to. Okay fine..agai samajh..and then suddenly one of his pind da uncle challenges him ke han bai je zidd fadlai ta kaka Chann Kaur nu vyah ke dikha..wtf! Why would he do so if he's not even seen her? Also, why Chann Kaur in the first place? Just because she's pretty or is there any goodness in her character too??

So the next few scenes are about convincing him that he has to get married to her else...else what? Else kuj ni faltu aevaee...

Laoji..coming to Chann Kaur, Mandy is one hell of a beautiful girl but what was wrong with her make up in this film? Chann Kaur's opening scene made her look horrible. 25 pinda cho ta chaddo eh ta 2 pinda cho vi sohni ni lgrhi si. Uparo I fail to understand, why do choreographers not pay damn to the background dancers when they're showing them as the actress' friends? They looked like schoolgirls in front of Mandy who was looking too grown up (aunty types) dancing amongst them. Bad costumes, bad suits..bad fitting made her look 'big' on the screen. Her dubbing was bad and she wasn't the best choice for this role. Someone like Himanshi Khurana or Nimrat Khaira would have been more appropriate. Also, this scene where Karam Singh confesses his love for Chann Kaur infront of all the village girls, so right after this scene, all the village girls vanish...but where?? (ehna cho ik vi kudi ne ghre jaake dsya ni ke bai ajj eda hoya Chann Kaur naal?)

Bekaar story, emotionless acting and baseless subplots made this film nothing but a miserable 3-hour watch.

Actor Jobanpreet Singh has a credible onscreen persona and he can carry lead roles but only if he's given good characters. His personality is charming and the turbanned look works in his favour.

Mukul Dev needs a special mention here for being completely wasted as a comic psycho who sometimes behaves as a mature friend, at times as a lost minded idiot and at times seems to be a psycho. How could you do this to an actor par excellence like Mukul yaar?

Dilawar Sidhu was a pleasure to watch and so was Mahavir Bhullar. Both these actors won over us with their acts.

Everybody else in the film was overacting and we could easily sense that the director hasn't noticed them while shooting probably because he was busy with the lead pair only.

BTW what was the first night kinds song right after that stupid full moon scene?? Uff nale why use such an amateurly comic background score when the lead pair is shown to be exchanging romantic moments?? (yani kuj vi types)

Even the music wasn't worthy of a second time hear.

Verdict: Saak happens to be one of the most miserable films that can be easily called as 'Maha Bore' as the makers probably didn't realise what they're making and the end product turned out to be a beswadi khichdi.

Rating: 0.5/5 (This gutava is a sure shot miss..complete waste of time and money) 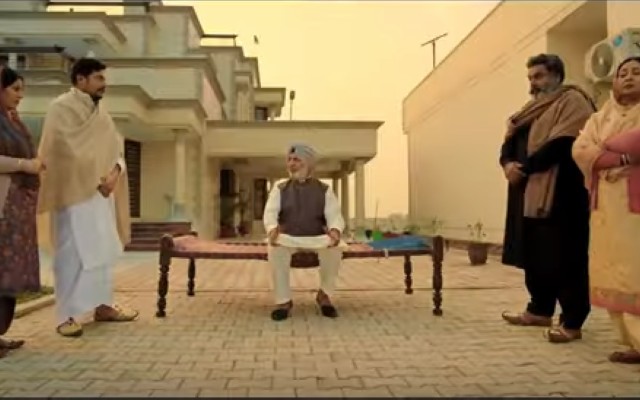 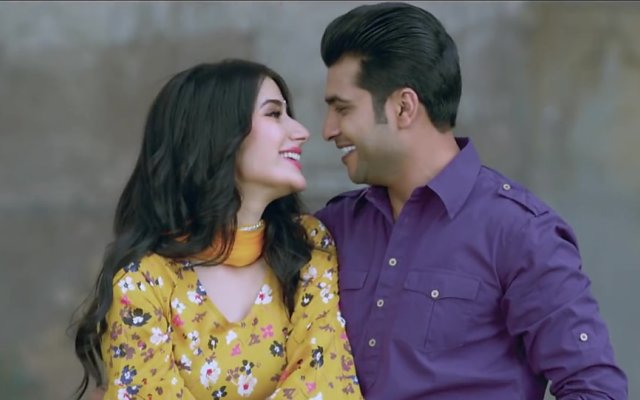