If there is one hit in a particular genre, there will be ten more films based on a similar subject. Gangster drama is another subject that has been liked by the audiences since it made its way into the Punjabi market. Even most of the forthcoming Punjabi films are based on this genre. Though we do believe that some stories must be told, such as the story of Sukha Kahlon, the so-called 'sharpshooter' of Punjab.

A film has been announced on his life with the title 'Sukha Kahlon'. It is written by Wahid Brothers. Gurpreet Bhullar, who has proven his caliber as a writer with Dakuaan Da Munda, DSP Dev, Sikander 2 and more, will be writing the dialogues of Sukha Kahlon.

Jayy Randhawa (popularly known as B Jay Randhawa) will make his film debut in the titular role with this film and of late has been supporting his character's look in real life too.

Vadda Grewal, who was last seen in Nikka Zaildar 3, is also in the film. After making small appearances in Rocky Mental & Daana Paani, Kanika will be seen as the female lead in this film. Besides them, singer-actor Manna Mand will also play an important role in the film.

Sukha Kahlon is produced by KV Dhillon, Ashu Manish Sahni & Khush Parmar. Tru Makers, who have previously directed many video songs, will make their debut as a director with this film. In December 2018, this same team had announced a web series titled 'Blacklisted' but that has not been heard of after the announcement. Maybe they've turned it into a film now!

Also Read: Blacklisted: Another Punjabi Web Series In The Pipeline!

Sukhbir Singh aka Sukha Kahlon had around 40 cases against him across India. He was running his Facebook page from jail itself, which had around 25000 followers. He was killed by a rival group (that’s what is believed) when six cops were taking him back to Nabha jail after a court hearing.

We do hope that film will not glorify him as a hero. 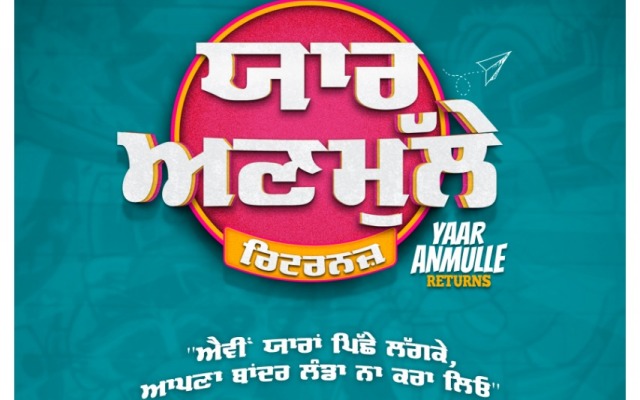