The news of sudden arrest of Shilpa Shetty’s husband and Mumbai businessman Raj Kundra earlier this week in a case relating to the creation adult films stirred the nation. Now, as per the recent update he has been sent to the police custody till July 27, 2021 i.e. Tuesday.

As per the investigating officer, the authorities had seized a massive cache - around 4 TB worth - of images and videos that were mostly of adult content. Not only this, a total of 51 allegedly lewd clips was also seized and now police are investigating if these were uploaded to the internet. In addition, police have also found a record of financial transactions - from an account in Yes Bank registered to Raj to an account in the United Bank of Africa. If reports were to believe, police is suspecting that the money collected from the sale of this obscene content was used for online betting. Also Read : Shocking! Poonam Pandey And Sherlyn Chopra’s Connection In Raj Kundra's Pornographic Case 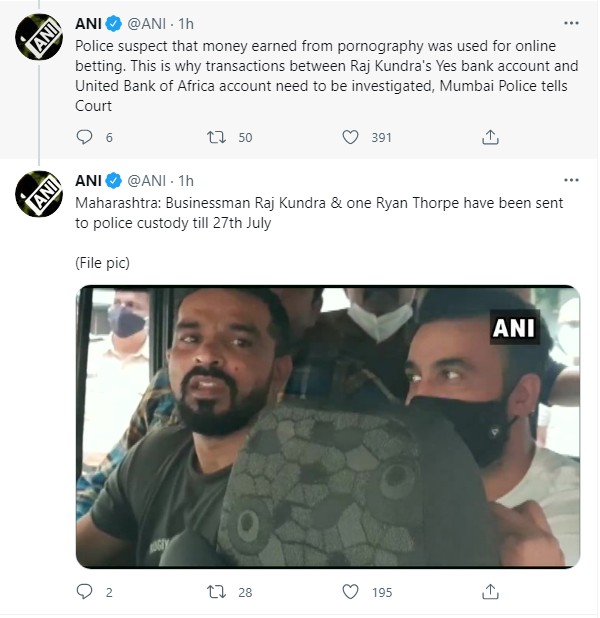 the reason karan aujla not done any movie so far...

raj kundra had once announced a punjabi film...