Gurminder Singh Gary has scripted history on Tuesday by becoming the first Punjabi-American to be appointed as the 10th directly elected mayor of the American city of Manteca. 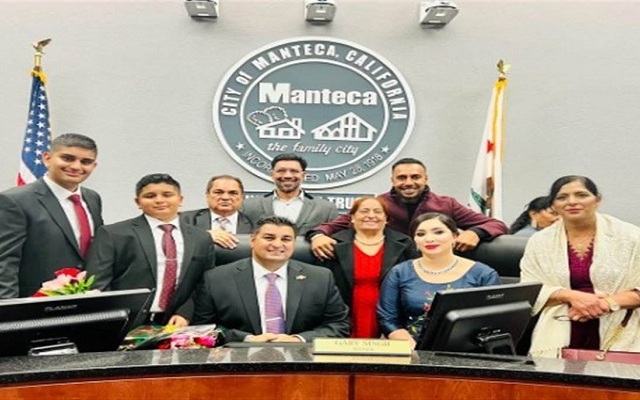 The first immigrant elected mayor, 40, will be the youngest mayor ever. Also Read : Say What! Prince Harry Listened To Daler Mehndi’s Music During His ‘Lowest Moments’?

His professional priorities for the next four years would include addressing the homeless issues, pumping up public safety, finding ways to improve streets, pushing for good paying public safety jobs, taking downtown to the next level, and positioning Manteca to be a vibrant city when it hits 100,000 people.

Gurminder hails from Shahpur, a village near Jalandhar. According to reports, he had moved to America at an early age. Also Read :

The news of him appointed as such a dignitary has left the entire community pride!