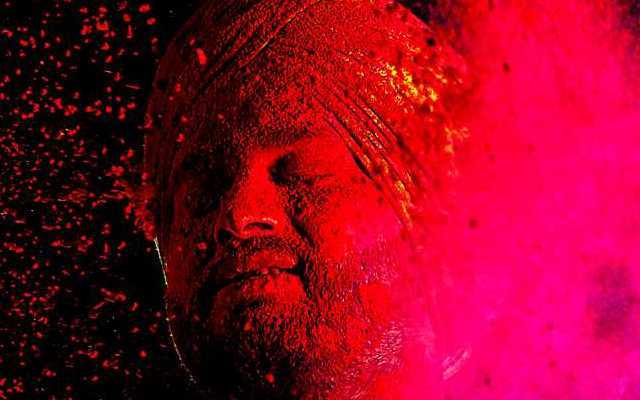 Manduip Singh's 'Arjan' is a story of a manipulative man who strikes a deal with an NRI bride for his medically unfit sister's surgery.

When one tries to overdo his bit, nothing but disaster happens. Roshan Prince, the artist who is best known for his cheesy smile, gave himself a more jatt type avatar in Arjan and we kept wondering as to why he needed to play around with his own character. We have accepted him in the sweet boy avatar and that's what he fits best in and by the who guided him to play a partner to a girl who  is visibly taller to him??

Roshan plays 'Arjan', a manipulative guy based in Punjab's village who makes deals for his benefit, majorly because he needs money for his bed ridden sister's treatment. He is shown to be wicked and he also does bhangra but none of these two characteristics suit him.

Prachi Tehlan, an NRI from Malaysia (lols) comes to India to find herself a groom and because of been a love addict strikes a deal with Arjan for contract marriage. She offers him 12 lacs for his sister's treatment and suddenly the authorities offer visas to the newly weds and the funny part is that Arjan even arrives in Malaysia wearing the same clothes he wore for his wedding on the same day. (big lols)

Nirmal Rishi plays maasi to Prachi and is a money minded old lady who tries to fix Prachi's wedding with Sarpanch's younger son, at the cost of 20 lacs and a dhai toley di mundi! She is a loud, bad mouthed woman who keeps cursing her husband (BN Sharma) for not giving her a child. (Bwah)

Shivender Mahal plays Prachi's tayaji who has no agga picha of his own and is the only guardian Prachi has. He is to pass on his property to Prachi and that's the reason why the whole shadyantr was rachaod by the entire team!

Since the beginning till the end of the movie, the only thing I kept wondering was that in an era where such meaningful cinema is being made, why in the world are people wasting their time and energy on such ruthlessly baseless storylines and playing around with the careers of these actors. On the other hand, it is also sad to realise that the actors are obviously reading their scripts before finalising the deal so aren't they equally at fault?

Arjan is a film that should not have been made in the year 2017. This was a film of those god forsaken years when Punjabi cinema was considered to be a low grade regional cinema. It hurts to see such content being produced in a region which is presently being eyed by the top notch money makers because of the market reach this region has and the potential that our actors have.

A very disappointing attempt Arjan is a must avoid.

Prachi Tehlan looks promising as long as she does something about her dialogue delivery. If she got her character dubbed then she better get her hands on a professional dubber who can atleast do justice to her speaking eyes.