Storyline: Vadhaiyan Ji Vadhaiyan is the story of a middle age bachelor who falls for a girl but during the process of impressing the girl's father, loses his eyesight.

Review: In case you're thinking that you'll read a very critical review about this film then I must confess that it just doesn't deserve to be judged with too much intricacy because most probably the intention behind making this film was 'pure comedy'.

We have seen Binnu doing much better roles but finally, we're happy that he has returned to his best side, ie. comedy and has not looked back at his Dulla Bhatti or Bailaras self.

The film begins with Binnu getting rejected by a girl's family and then a typical father son argument takes place. This argumetn will be seen throughout the film. BN Sharma and Rupinder Rupi play Binnu's parents and both of then are glad that Binnu's finally found a girl, played by Kavita Kaushik. Binnu has 2 friends played by Gurpreet Ghuggi and Karamjit Anmol, who are bachelors too. One day when these three are sharing a fun time on pind wali motor, Binnu gets drunk and hits his head to the iron pipe. The next day he realises that cannot see. What follows is an array of events filled with slapstick comedy and dragged humour but instead of that it'll make you laugh.

Binnu Dhillon has done some really funny scenes but in some parts one can see him trying too hard. He looks good onscreen now and we were pleased to see his dancing ability.

Kavita Kaushik acts well and looks good opposite Binnu but 2 things that made us cringe at her character were, firstly, her Punjabi because the slang just doesn't match to the feel of the character and secondly, the dance. Kavita seems to have two left feet when it comes to dancing on Punjabi tunes. But, beside that I think she has done her bit fairly okay.

Gurpreet Ghuggi is one man who can tickle your funny bone with even a single word spoken in his style! I loved his dance during the baraat.

Karamjit Anmol has definitely underplayed in this film. With the amount of potential this actor has, seeing him in such a role was like watching Satinder Sartaaj singing nursery rhymes. He could have been used better but I guess the makers didn't want the limelight to shift towards his character.

BN Sharma has played subtly funny as Binnu's father and has offered his argumentative behaviour in a watchable manner.

Rupinder Rupi is an actor who always impresses me with her performances and I am glad to say that I found her looking very pretty in this film. I loved her suits.

Rest of the actors like Gurpreet Bhangu, Upasana Singh, Harby Sangha, Anita Meet and others had little screen time so much can't be said about their performances.

The film's first half had some dubbing issues and the camera quality is relatively low. Evidently made on a low budget, Vadhiyaan Ji Vadhaiyaan is a dragged, slapstick yet funny film which will make you look at your partner with curved eyebrows while saying 'yani kuj vi horeha na film vich'!

Not Smeep Kang's best work for sure.

Verdict: Leave your brain at home but do watch it this weekend because this one will leave you entertained. 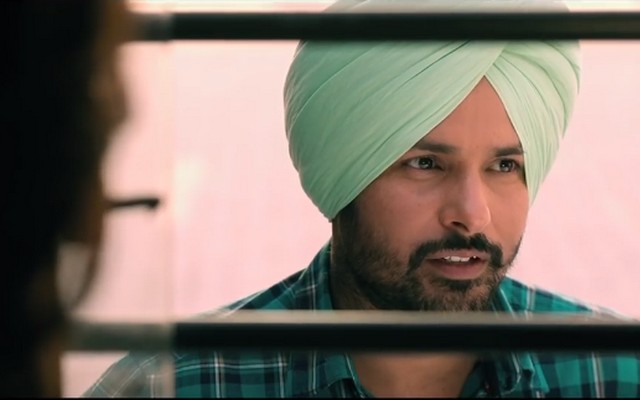