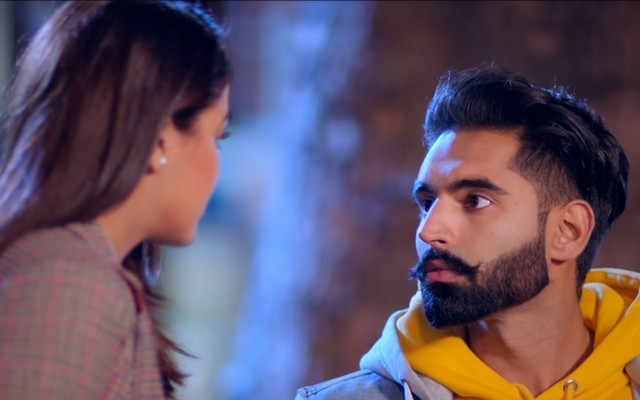 Synopsis: Dil Diyan Gallan is the story of two odds who come across each other by chance and fall in love. After they part ways they realize that the feelings they hold are deep enough for them to stay together for life.

Review: Dil Diyan Gallan is a modern age story based on the life of a girl named Natasha Waraich (Wamiqa Gabbi) who is super obsessed with herself due to her humongous social media fan base. Her life is all about the internet and on a personal level, she is one fake personality who does everything for the world to see and applaud. However, on the inside, she is a high headed and arrogant. She comes to London for a vlog shoot and happens to meet Kulwant Singh aka Laadi during one of her guest lectures at an MBA college there in London. Both characters dislike each other at first but gradually become friends and then fall in love. Here, as the story moves, another character gets introduced, who is Fateh (Gaurav Kakkar), Natasha's boyfriend who is also a social media star. Both the social media celebs choose to keep Laadi along during their London visit and when they're about to fly back to India, things get weepy for both Natasha and Kulwant. When in India, Natasha loses interest in her social media life and ultimately we see Fateh proposing to her for marriage and finally we see her in a happy place in the end. No points for guessing what the end of this love story is. And all this is basically a flashback and only the end is the present day story. Rubina plays another social media personality who comes across the story of Natasha and Laadi and feels intrigued by their love angle. Finally paving her way to their lives, Rubina is the one who confronts the audience with the present day life of Kulwant and Natasha.

So, this was a brief about the film and why I've written it all is because the story of this film is good but its execution could have been much better. The film starts at a flat note where a non-glamorous introduction makes Wamiqa's character not too impressive in the beginning. She is seen talking to the MBA students of a London based college (including goras) in Punjabi which sounds silly. Then comes Parmish with yet again an unimpressive entry. Initially, he behaves a little insane, especially when he's having the coffee and cookies but gradually he adsorbed his character.

Natasha's character had flaws, actually many flaws which made it unprepared. She is a social media star but not many know her, except for a few desis. She has been, according to what she says, all over the world but she doesn't have a camera team of her own. She is an independent girl but doesn't have the guts to warn a photographer of unnecessary touching and the same touch, when done by Laadi, is okay with her, even though she knows him just as much as she knows the photographer. She carries a drone with her all the time but we never saw her using it. She was in London for a travel vlog but all that we could see is her getting pictures clicked.

Talking about Parmish, the act in the feature film was much better than what we saw in the trailer. Actually, the trailer wasn't the best cut. His witty one-liners were funny and his quirky Punjabi theth dialogues were a win-win for his character. He still needs to work a lot on his acting because he just can not emote well onscreen. The only thing that seemed too much was his typical words in the film like 'dhakk' and 'pinda ale jatt' and a few more. His college life n the film is pretty negligible, even though he is a college student and his work shifts also are shown in just a few shots.

Moving towards Fateh's character, we feel that actor did justice to the silly, fake, social media star bit that was given to him but from what we feel, Gaurav as an actor has much more potential than what this character did for him. In today's world, no one is so dumb to not realize that his girlfriend has fallen for someone else!

Rubina Bajwa had a very small bit in the film but she was looking good in it. These are the kind of roles that Rubina fits best in. The only thing that didn't seem right with her character was the part when she was seen imagining the couple at all the places they've been to when she had never seen them before.

Baninderjit Bunny did his bit well and Chandan as angel-priya was a waste as the man really had nothing to do in the film.

Direction: The film has been jointly directed by Parmish Verma and Uday Pratap Singh and both these men probably didn't have that finesse to deal with a story like this one.  Their flaky vision left us wondering why for many things in the film. For instance, the first half has such dragged conversations that at one point you feel like walking out of the theatre. Till the interval, all that we see is a man clicking pictures of a woman and them either talking or repetition of words like 'Kulwant Singh' and 'Laadi'. The film is evidently targetting the overseas desi students but why make it so obvious? Talking about the love story, why in the first place did both these characters fall for each other? There had to be some clarity as to which characteristic attracted them both to actually fall in love so badly that they're weeping at parting ways and uttering dialogues like 'je main gvach gai tu mainu lbhenga' and 'main tenu gwachn ni dena' and what not. Also, isn't it mannerless on a social media star to simply barge into a bachelor's apartment where 5 men are staying together and at that particular moment are seen dressing up? Why didn't she excuse herself??

Also, why was Laadi carrying Reet's picture knowing the fact that the lady is gone for good? Then, being a modern age extrovert, how come Natasha didn't have the stand to go and confront Fateh about her freshly found love interest? Why did she stick around with Fateh even though she wasn't into the relationship anymore?? What was the dire need for her to stay with Fateh and drag the story forward?

The funniest bit was that Natasha did not post any of her videos or photos on the social media after returning to India then how was Rubina able to see her story on social media, as a matter of fact, who in the world was narrating the story to Rubina?? A Ghost?

Last but not least, none from the desis who are students and badly seek PR would indulge in street fights that way this 'dhakk champion' was doing.

So basically, the story lacked conviction and connect both. Each aspect was incomplete which is the reason why the story did not move us emotionally. Actually, the film was so hollow on emotions that we felt sorry for the story that has been showcased because this story could have been quite a hit if it was treated with much more sensitivity and care.

Verdict: Dil Diyan Gallan would be loved by the age group of 18-24 but the audience that is maturer and loves watching intelligent cinema might be disappointed to see this half baked cake because ultimately they too will end up saying that this film could have been made better. An average pick for the weekend, Dil Diyan Gallan is not that impressive.