The Punjabi film industry is not free from controversies. From Sidhu Moosewala and Karan Aujla to Shehnaaz Gill and Himanshi Khurana, we've all seen the headlines about their rivalry. Although some of these tiffs became popular, some of them didn't make a lot of noise. One such incident occurred between Aman Dhaliwal and Kuljinder Sidhu. Both Aman Dhaliwal and Kuljinder Sidhu are known for their incredible on-screen abilities, but their off-screen problem is a bit surprising. 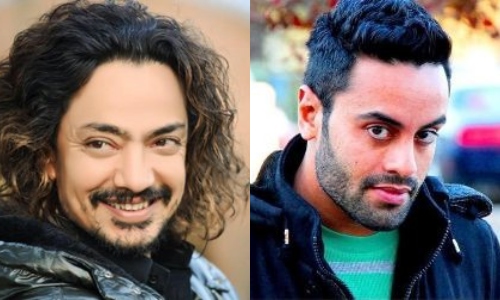 In an exclusive interview with GhaintPunjab, Aman revealed the shocking details of Yoddha and his tiff with Kuljinder Sidhu.

As we all know Kuljinder starred in the movie “Yoddha” that gained a lot of success and popularity but according to Aman, he was the first choice for the main lead of this movie. He told that the movie was written by Amardeep Gill while thinking about me playing the lead character in the movie and spent over 6 months to bring perfection in it. Even the name of the character was kept, Yoddha Dhaliwal. Also Read: Are Males Equally Subject To Casting Couch Practices? Have A Look At What Dinesh Mohan Has To Say!

However, he confessed, as his name was forwarded to play the lead, the selfishness in the industry played its part. Adding to his comments and taking a jibe at Kuljinder, he said, “Almost every person in this industry craves to take the credit. They want to be a singer, writer, director, and even an actor at the same time. So that they can proudly say while you’ve only directed the film, I did the writing too.”

Moreover, he said, “This way the audience would applaud him as he is not only an actor but a writer too, especially after the success of ‘Sadda Haq’ in Canada and the US. The truth was that he had very little contribution to the writing of the film but it is the weak person who always suffers.” Also Read: Similar To Kangana Ranaut & Diljit Dosanjh, Koena Mitra & Prabh Gill Too Had A Twitter War!

One thing is for sure that Aman Dhaliwal speaks a lot from his heart and you can watch the full interview here.

remember the old man in the picture heres what the...