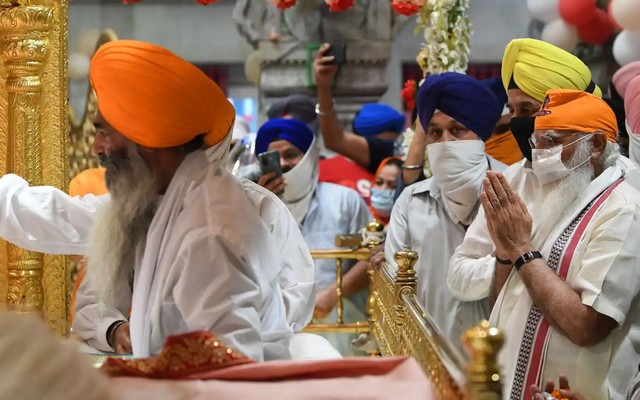 Pouring his wishes, he took to twitter and wrote, "On the special occasion of his 400th Parkash Purab, I bow to Sri Guru Teg Bahadur Ji. He is widely respected globally for his courage and his efforts to serve the downtrodden. He refused to bow to tyranny and injustice. His supreme sacrifice gives strength and motivation to many."

The gurudwara is situated in Chandni Chowk in Old Delhi which marks the site where the ninth Sikh Guru was beheaded on the orders of the Mughal emperor Aurangzeb on 11 November 1675 for saving Kashmiri pandits who refused to convert to Islam. Also Read: International Bodybuilder Jagdish Lad Passes Away Due To Covid 19

While some of the people appreciated this visit whereas some of the people said a wrong move at this point of time amidst the rising covid cases. Not just this, in the viral videos, people can also be seen targeting PM against the new farm laws.