Veteran Actor Sriprada Passes Away Due To Covid 19 Complications!

The second wave of Covid has hit the country badly. Not just the general public but many of our celebrities have lost their battle to the deadly pandemic. Unfortunately, another celebrity who succumbed to Covid 19 complications is former Hindi and Bhojpuri film actress Sriprada on May 1 in Bangalore. As soon as the news of her demise surfaced, many celebrities including Cine and TV Artists Association (CINTAA) took to their social media handles to pay their condolences.

Sriprada was a star of B grade cinema and featured in many horror and dacoit drama such as Hatyarin, Dilruba Tangewali, Bijli Aur Toofan, Aag Ke Sholay, Shaitani Ilaaka, Roohani Taaqat and several others in late 80s and 90s. Not only this, Batwara, Gharana, Megha etc have been some of her A list films as well. Infact, her screen name was derived from Sridevi and Jayaprada. Also Read: Shocking! Veteran Actor Dalip Tahil’s Son Arrested In Drugs Case 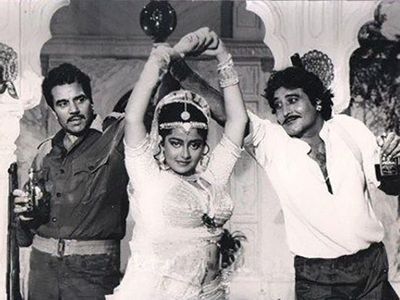 Contemporary of Upasana Singh, Sriprada never worked in Punjabi films, but got the opportunity to play lead opposite Gurdas Mann in Roohani Taaqat. Mainly tagged in the image of B Grade actress, she got big opportunity with Dheeraj Kumar’s Seriel Sansaar in 90s as she got to change her bold image with it. Also Read: Film Editor Ajay Sharma Passes Away, Celebs Mourns Over The Loss!

By the time B Grade genre went down, she had shifted to TV. She was active on acting front till seven eight years back and later shifted to Bangalore.

Churi: Roshan Prince Gears Up For His Next With Pankaj Batra

Revealed! Reason Why Punjabi Films Are Struggling At The Box-Office!