Noted environmental activist Sunderlal Bahuguna who was one of the initiators of the Chipko Movement against deforestation in the 1970s, died in Uttarakhand this afternoon. He was 94 years old. The news of his demise was confirmed by the All India Institute of Medical Sciences (AIIMS) Rishikesh where he was admitted for Covid treatment, ANI reported. Mr Bahuguna died at 12.05 pm AIIMS Rishikesh Director Ravikant said. 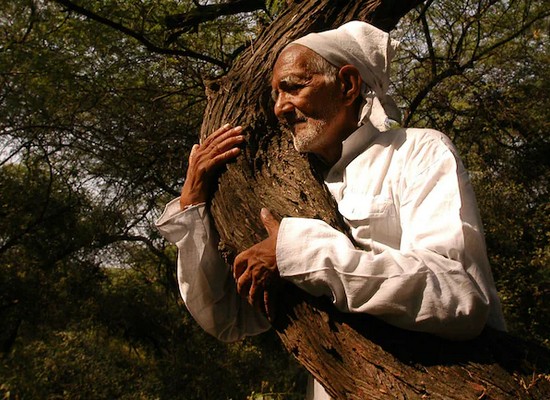 He was admitted to the hospital on May 8 after being tested for positive for Covid. His condition deteriorated last night when his oxygen levels started to drop drastically. He was on CPAP therapy in the hospital's ICU. As soon as the news of his demise surfaced several noted personalisties including Prime Minister Narendra Modi and Uttarakhand Chief Minister Tirath Singh Rawat mourned over his demise.

During the 1970s, Chipko movement started against reckless cutting of trees which was affecting people's livelihoods. It was in response to the movement , the government, in January 1974, announced the auction of 2,500 trees, overlooking the Alakananda river. Bahuguna was a follower of Gandhian principles who appealed to the then Prime Minister Indira Gandhi which led to a 15 year ban on the cutting of green trees in 1980. He then went on to protest against the Tehri dam as well using methods like satyagraha and hunger strikes. Also Read : Gurcharan Singh Channi - The Man Who Made The World Laugh Passes Away All Alone In A Hospital

do you the unique condition that guggu gill posed ...